I’m a child. I grab a cassette from my mum’s collection, drawn by the cover art alone. I listen to it for weeks on a family holiday in South Africa on a Walkman. The batteries are rechargeable and only capable of producing music for about five hours per charge. When they drain, the voice in the foamy headphones slurs and slows and drones before stopping. This doesn’t sound wrong. 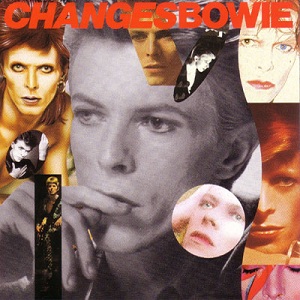 We get home. Mum is happy I’ve found one of her childhood favourites. She gives me an album to listen to. It’s unlike anything else. Theatrical, scary. I hum the tunes on my way to and from school, which helps me forget how much I don’t want to be there. The lyrics fit with the casual brutality of some of the other children.

At some point, there’s a film. There are muppets. It’s relatively disturbing. The music is kind of extraordinary. My sister likes it more than I do, and I like it a lot. We spend years trading quotes from it, trying to imitate that voice.

Years later, another family holiday, 2002. It’s a new album – I was only dimly aware that there were new albums – and I listen to it on a skipping CD player as we drive over the Gotthard Pass. The album is very sad. It might be a conversation with a God that we’re pretty sure might not be there to listen. The voice is older. It makes me feel nostalgic before I’m old enough to have anything to be nostalgic about.

The next album is not as good, but it’s still a conversation with God. I grab it on the day of release and lie in the sun in the garden and listen to it through twice.

The radio is on. I hear a familiar voice in a song I don’t recognize. It’s extraordinary, pummeling, irresistible music. I realise that there are gaps in my collection. Big gaps.

Now I’m hungry. I start from the beginning and buy CD reissues in order of original release. I listen to each album from end to end, then pick out favourite parts and put them on a loop. A few weeks later, I buy the next album. We start in the late 60s, and work through to now. The voice gets older and the genres shift. Together, we age 30 years in six months.

It’s absurd to say, but David Bowie was a friend. He was an imaginary friend when I was a kid, a best friend when I was a teenager. I wanted to be a chubby sort of rebel when I was 13 or 14. These songs gave a language to those feelings, gave a partner in crime to this bit of teenage wildlife.

Like a really good friend, he annoyed the living shit out of me sometimes. Pretentious, thoughtless, louche, brash, lecherous, vulgar, rude. Nazi salutes just to shock. Very fucking badass. Embarrassing. He played cat-and-mouse with his fans. Disappeared for years, said nothing at all when he returned. Mocked celebrity culture from its middle, called us idolaters for idolizing him. Derivative of himself deriving from himself deriving from others. Hide-and-seek with Scott Walker. There are songs in the middle of brilliant albums which add up to a grown man sticking his tongue out at the world, and the world tutting and rolling its eyes and failing to suppress a smile.

Bowie was always old in the sense of obsessing over his mortality, the march of the years, the feeling of goodbyes. He had a Nietzschean sense of his species’ replicability, its potential to be superseded.

This is a feeling he personalized. Time was a character to him, a disgusting stalker-clown, watching, touching himself, waiting for you and me, boy. Time took a cigarette and then told a fart joke.

Bowie has died half a dozen times already. Bowie’s half-brother was schizophrenic and jumped to his death in 1985. The 1993 song ‘Jump They Say’ tapped into this, and told the story of the messianic quality of death, a “shaking man, a nation in his eyes”. In 1999, he laid the rebellious, age-defying, youth-chasing pre-millennial version of himself to rest very explicitly and disparagingly:

In 2002, we move to the bargaining phase as Bowie spends an album debating his mortality with God. The chanting invocations of ‘Sunday’ raise an obsession with cults and messiahs that stay with him until the end. ‘Slip Away’ is a heartbreaking attempt to remember a children’s TV show. ‘Everyone Says Hi’ is a longing postcard to a loved one ending with a list of the mortal. The album ends with an argument about what God owes us and a slip into a threatening, sad, dystopian future.

In 2003, Bowie gets the joke. Reality is something to laugh at. Bones might be preserved in marshlands, and relativistic speeds might trap you in amber, but in the end there’s just a long, slow appeal to talk to the Disco King, the guy who’s been spinning these records all this time. And, for the longest time, that seemed to be it. If death is silence then Bowie died again, for a full decade.

And then he didn’t. 2013 revealed a Bowie “not quite dying”, rocking harder than ever. ‘The Next Day’ is an album aching with ageing dictators and would-be murderers, characters Bowie is playing.

Some time between then and now, there was a diagnosis. Bowie wrote a musical called Lazarus. The trembling, shaking man from ‘Jump They Say’ and ‘The Dreamer’ returned, the pre-millennial Bowie, the cult leader, shivering uncontrollably, obsessing over a jewel-encrusted skull, blinding himself. In his final video, Bowie moves from a hospital bed to a hallway and then retreats, jolting and twitching, backwards into a closet. The door closes.

The surrealism of David Bowie’s death is extraordinary and deliberate. A baby penguin is named in his honour as his album makes #1 in the UK charts. Weird rumours surface of a celebrating Bowie leaping to his feet in a middle England curry house to sing ‘Jean Genie’.

That last album, those last songs, heave with a sadness and meaning that could only have been completed by the death of their creator. In ‘Blackstar’, Bowie sings:

Something happened on the day he died
Spirit rose a meter and stepped aside
Somebody else took his place and bravely cried:
I’m a Blackstar! I’m a Blackstar!

Look up here, I’m in heaven
I’ve got scars that can’t be seen
I’ve got drama, can’t be stolen
Everybody knows me now

I’m dying to
Push their backs against the grain
And fool them all again and again
I’m trying to
It’s all gone wrong but on and on
The bitter nerve ends never end
I’m falling down
Don’t believe for just one second I’m forgetting you
I’m trying to
I’m dying to
Just one more song. Last gasp. Bowie knows something is very wrong. Prodigal sons return. There are skulls on his shoes. He can’t give everything away.

All that he made, all that he has. He can’t give everything away.

3 thoughts on “The Deaths of David Bowie”

This site uses Akismet to reduce spam. Learn how your comment data is processed.